by Megan and her Goody Goodies 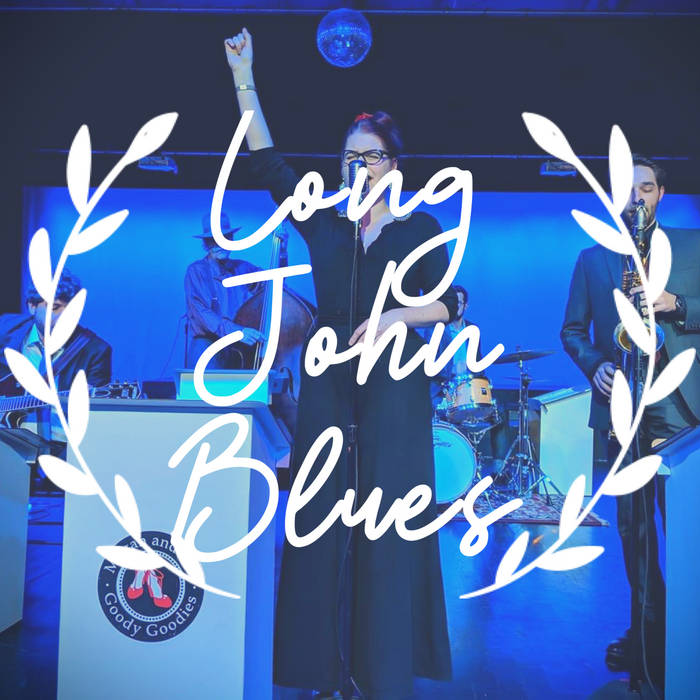 Friday, June 5th, 2020 I will be donating one hundred percent of sales to a combination of the ACLU (chosen for their long-term action and investment) and Highlander Center - specifically their We Shall Overcome Fund (chosen for their immediate investment in the Black community - more info here: www.highlandercenter.org/programs/we-shall-overcome-fund/ - their investment in preserving Civil Rights history as well as promoting arts and culture in the Black community is beautiful and near to my heart, especially when I consider the music I sing).

I've been lucky enough to have some anonymous donors reach out to offer a matching donation of up to $300. Our friends over at Music2Knight are joining forces with us in the effort to raise every single last dime of that money (so feel free to purchase from both of us - the money will all go to amazing organizations!).

"Long John Blues" was first recorded by Dinah Washington in 1948. Written by Tommy George, this song was certainly an innuendo song, purportedly being about a dentist.

Music icon Quincy Jones said, “She could take the melody in her hand, hold it like an egg, crack it open, fry it, let it sizzle, reconstruct it, put the egg back in the box and back in the refrigerator and you would've still understood every single syllable" (Rock & Roll Hall of Fame). Really, though, saying that doesn't begin to crack the surface. The talent this woman held was literally mind blowing - she is without a doubt one of my favorite vocalists of all time.

Born Ruth Lee Jones in 1924 and raised in the southside of Chicago, the woman who came to be known as "Queen of the Jukebox" started to learn piano at a young age and, at the age of fifteen, entered a talent contest at the Regal Theater - and y'all, she WON! At that point, she divided her time between singing at local jazz clubs and singing gospel at churches with her mother and was quite well-loved as a vocalist.

In 1943, upon learning that Billie Holiday would be performing at the Garrick Stage Lounge, Dinah landed herself a spot in the Garrick's house band, giving her the opportunity to perform in the same venue as her idol. While in the Garrick's band, Lionel Hampton saw one of her performances and, recognizing her talent, offered her a spot touring and performing with his big band. It was her first national level gig, and she gained a great amount of notoriety from touring with Hampton.

She remained with the band until 1946, when she left to start her own recording career. She recorded many hits (and many tunes that weren't hits but damn well should be!) and continued performing and recording for the next seventeen years.

Although her personal life was tumultuous (she was married seven times in her short life and dealt with weight issues throughout her entire performance career), her musical career was wildly successful. In fact, in 1959 she received a Grammy for her record _What a Difference a Day Makes_, and between the years of 1946 and 1963, she recorded over 400 songs. Dinah Washington died unexpectedly (and far too young) in 1963 after mixing alcohol with diet pills.

Self-titled "Queen of the Blues," Dinah Washington was most certainly a queen.

Born from a love of vintage jazz, Megan and her Goody Goodies keep the music swinging all night long.

Led by vocalist and bandleader Megan Lange, the band seeks to bring an authentic vintage sound to the modern day audience. Finding inspiration in the sounds of the late 30s and early 40s, and featuring a solid, driving rhythm section, the Goody Goodies capture the sound of a bygone era. ... more

Bandcamp Daily  your guide to the world of Bandcamp